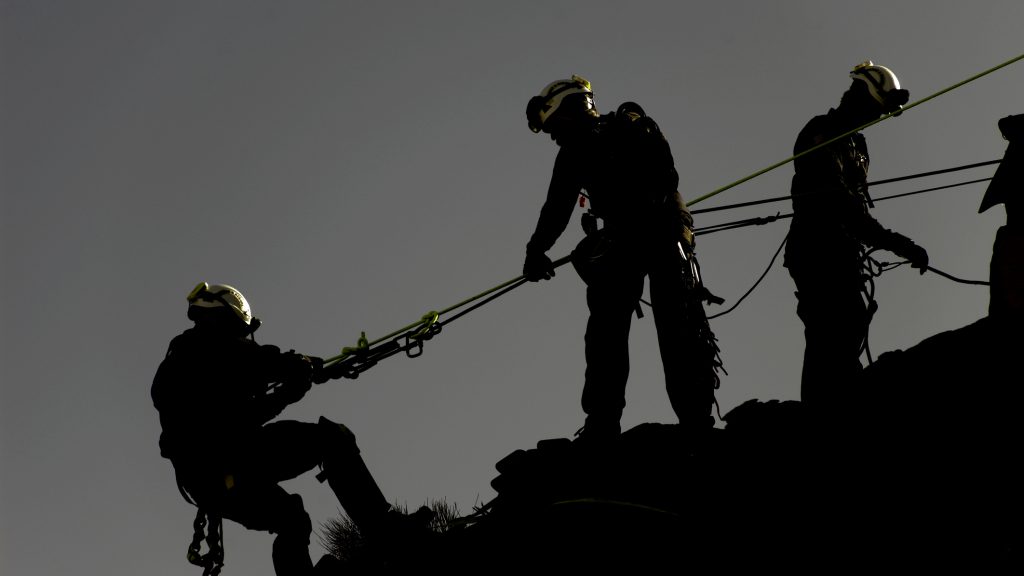 During World War II, the British Empire determined to maintain control of Singapore, which was considered a key strategic asset. Unfortunately, England’s military defense of the city was fatally flawed.

British war strategists planned for an attack from the sea, and invested a staggering 60 million pounds building and fortifying their massive Singapore fortress. But the attack came from land, not the sea, resulting in a defeat Winston Churchill called “the greatest disaster and capitulation in British history.”

Right now, governments are spending trillions of dollars on recovery and economic stimulus plans. Many leaders are concerned that such spending will unleash inflationary forces that might be impossible to control. These concerns are appropriate.

Unfortunately, by focusing only on inflation we are making the same mistake the British made. While we are concentrating all our energy on fighting inflationary pressures, an equally powerful economic foe is attacking us from the opposite direction. And if we don’t change our tactics the impact may be equally disastrous.

Let’s briefly review some of the lessons we learned way back in Economics 101. Inflation, as we all know, is an upward movement in the average level of prices. If not restrained, inflationary pressures can strip away purchasing power. Inflation has been a primary focus for many of the world’s central banks for years.

Meanwhile, I have heard very few warnings about deflation, which is the other side of the price instability coin. Deflation is a downward movement in the average level of prices. Deflation ushers in a decrease in money supply and credit, resulting in a fall in both demand and prices.

On the surface, deflation may not seem as dangerous as inflation, but it is. When demand falls, the velocity of money slows (which means a unit of money is spent less often in a specific period of time). As a result, prices fall and the economy begins a dangerous downward spiral that convinces consumers it is best to wait and delay consumption of assets or goods because the price will inevitably be lower later. Thus deflation discourages both spending and investment.

Debtor economies (like the United States) cannot survive ongoing delays in spending or deferrals of investment. Credit must be used to produce growth and expansion or it will weigh on prices.

While some may dismiss deflation, Federal Reserve Chairman Ben Bernanke is acutely aware of its dangers. In fact, the monetary expansion he has overseen is so large that it would, under normal circumstances, cause inflation or even hyperinflation. Bernanke’s actions, if not always his words, acknowledge that deflationary forces are currently at work in our economy.

The men and women who survived the Great Depression knew well the destructive power of deflation. But over the past 80 years, we seem to have forgotten these lessons. As a result, inflation has received most of our attention.

Now is the time for us to give equal attention to the equally powerful impact of deflation.

Our recent behavior has led, inevitably, to our current challenges. For over 25 years, America enjoyed an unprecedented credit expansion that saw the value of credit expand more than eighty-fold. This expansion resulted in higher than normal price increases in stocks, real estate, and other appreciable assets.

During this era, Americans turned their backs on an earlier ethic of “saving up” for major purchases, preferring instead to consume now and try to pay later. Essentially, American financial markets behaved in much the same way. They created varieties of securities that were sold in exchange for goods produced by other countries. It reminds one of the words of Popeye’s cartoon friend Wimpy, who said, “I would gladly pay you Tuesday for a hamburger today.”

The expansionary cycle of the last 25 years is now over. Home ownership, which rose rapidly, is moving back toward more normal levels. The savings rate, which dropped from more than 10% to a negative 1%, has picked back up in the last twelve months. Many expansionary forces that drove tremendous growth are now gradually reversing course and returning toward historic normalcy.

Who wouldn’t welcome a return to sanity in Americans’ savings rates? But our return to a sustainable equilibrium that can bring about long-term viability may result in a slow-growth environment that will bring terrible reversals of fortune for some and asset price volatility for all.

Our years of go-go boom and bubble will be followed by years of slow-go unwinding and deleveraging. As the private sector’s appetite for credit shrinks and its savings rate grows, government must make up the difference to avoid a massive contraction in overall credit.

Large-scale monetary expansion will flood our economy with cheap money, which increases net exports. Because over 50% of S&P 500 companies’ corporate earnings come from overseas, earnings are inflated by a weak currency. A weak dollar policy is an essential part of the U.S. short-term recovery plan, but the approach is deadly in the long run and must be exited as soon as possible.

Weaker currency will also lead to a decrease in the purchase of U.S. Treasuries by other countries. These and other factors will combine to put upward pressure on interest rates. The results will be slowed growth, higher interest rates and higher tax rates for consumers.

Unemployment will also impede economic expansion and recovery, which are expected to remain slow through 2012. ( The “official” U.S. unemployment figure stands at 10%. But when you add in people who have quit looking for work, and those who are working part-time while waiting for full-time work, the rate rises to over 17%.)

Equity markets are also rebounding slowly from the years of boom and bubble, and projections call for lower than “normal” rates of return.

The Federal Reserve and Treasury endorsed costly stimulus programs because they had very few options at their disposal to avoid financial collapse on a massive scale. But that doesn’t change the fact that the unwinding of leverage—while healthy in the long run—poses serious risks.

By 2008, it was clear that markets needed even more time to rebound or the damage could cause another Great Depression. Perhaps if we had more time to correct our course, this massive deleveraging would cause less damage, and the economy could return to producing goods rather than paper. Instead, a short-term,“kick the can” policy was adopted. This approach was designed to provide more time for deleveraging in the hope that greater economic decline could be avoided by allowing the deleveraging process to unfold over a longer period of time.

But the problem of deleveraging cannot be solved by short-term policy shifts. Only long-term, fundamental changes can bring about the economic transformation we need.

Economic historians tell us that a primary cause of economic cycles is the credit cycle. The net expansion of credit (increase in private credit, equivalent debt, as a percentage of GDP) yields economic expansions, while the net contraction causes recessions and depressions. Thus the bursting of our current speculative bubble is seen as the proximate cause of depressions.

Understanding the Challenges to Recovery

That’s the big picture. So what does all this mean for individual investors? In the near future, our battle for economic recovery exposes us to challenges on many fronts:

• Increased regulation in many sectors of the economy;

• An aging population;
• Reduced consumer spending (caused by a combination of unemployment and increased savings);
• Higher costs of living due to increases in healthcare and energy;
• Losses in asset prices (wealth destruction) • Declines in U.S. productivity.

Investors also face a radically altered set of expectations regarding earnings and risk. In the past, investors could expect to earn returns of 9-10% while facing a risk of loss in the 15-18% range. But now investors face a risk of loss between 25-40% in order to earn meager returns of 6-7%. In short, investors are forced to shoulder greater risk for lowered returns. The chart below illustrates these shifts.

“For over 25 years, America enjoyed an unprecedented credit expansion that saw the value of credit expand more than eighty-fold. We are now in the dif cult and painful process of finding a ‘new normal.’”

Confronting the Hard Realities of a “New Normal”

There is little to be desired about our current conditions, but investors can improve their chances for success by adhering to the following three steps:

1) Establish or update risk tolerances. You should take a fresh look at risk so you can properly allocate capital toward opportunities while, at the same time, controlling your exposure to large price shocks. Creating a process for controlling price risk is crucial in the current market environment. Risk is only bad if it is not quantified. But appropriate risk is essential to earning profits and taking advantage of good opportunities (and there are still good opportunities around, despite the slow growth outlook).

2) Maximize income. If 7% is the expected annual return for the next five years, and only 2% of that return will come from income, there is little protection against the negative return years. There are suitable strategies for generating 7-8% income plus 3-4% price growth (for total returns of 10-12%). These strategies rely less on price appreciation than traditional models.

3) Invest in “macro themes” that pass a common- sense test. For example, if government actions show a bias for weakened currency, invest to profit from a declining dollar. But if government spending inflates asset prices, invest in securities that will profit from higher interest rates. And if emerging markets continue to grow, invest in countries that supply resources to those growth areas.

Our current scenario demands that we prepare to defend ourselves from multiple economic challenges that confront us from many directions. That means we must simultaneously address both inflation and deflation. This may not be a message any of us want to hear, but we can’t change current macroeconomic realities. We can only change the way we respond to them.

I hope you find these insights and strategies helpful. And we look forward to talking with you further about how they can best be applied to your own unique situation.