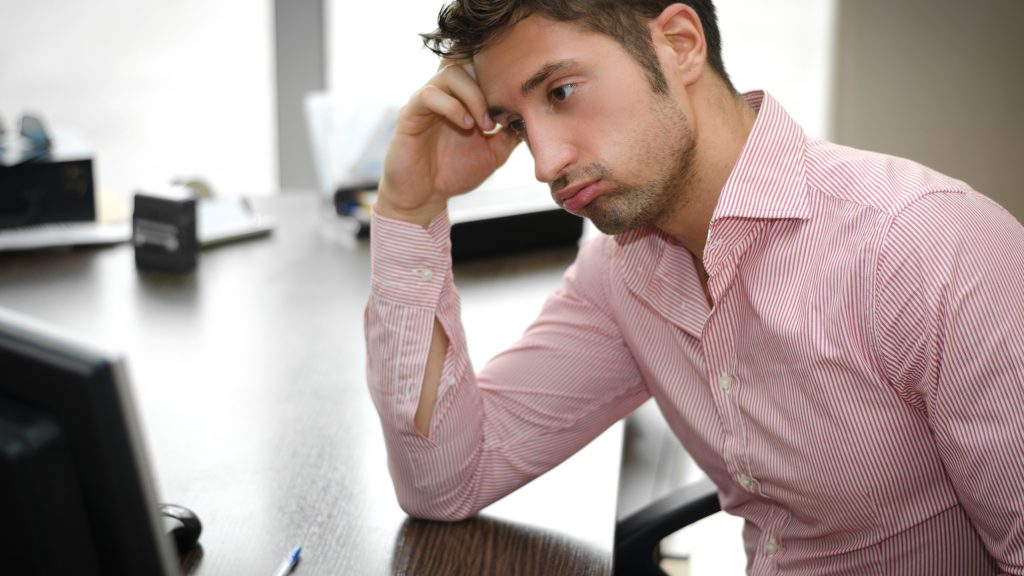 It’s an attitude I hear people express more frequently, whether I’m meeting with clients, talking to colleagues on the phone, or sharing a coffee with recent college graduates.

They tell me they are adopting a “Less is More” lifestyle by putting off major purchases, expensive vacations or home improvements so they can either increase their retirement savings or decrease their expenses.

A recent college grad explained that he would be moving back home with mom and dad rather than beginning the new career he had assumed his years of hard work and tens of thousands of dollars in college loans would have provided for him. “It’s not what I planned, but it’s better than having nowhere to go,” he told me.

At one of my children’s recent games, I overheard parents talking about how they were considering “walking away” from upside-down mortgages and moving into rental homes.

One man even said he had been trying to persuade his bank to adjust his monthly mortgage payments, at least until his income returns to normal pre-recession levels. “They won’t even talk to me about it,” he said. “They say, ‘You’re on time with your payments, so there’s nothing we can do to help you.”

Two years into the current recession, each one of us has a personal perspective on the painfully slow pace of recovery. If we’re not hurting that badly ourselves, we know loved ones, friends, co-workers or neighbors who are hurting, whether it’s families who have lost homes, retirees who’ve seen the value of assets shrink, or unemployed professionals who wonder if they will ever work again.

But while individuals adopt a “Less is More” approach, the government is embracing what could be called a “More is More” approach by ramping up spending in an effort to stimulate the economy.

What do these conflicting approaches mean for you and the economy as a whole? Let’s examine the signs of the times.

Signs of the Times: The Big Picture

Current economic conditions are changing both individual lives and the global economy. Here are ve recent trends that illustrate these changes.

In a recent New York Times story, the CEO of Wal-Mart said consumers flock to the retailer’s stores at 11 pm on the last day of every month. People file in, shop for their essentials, and hang around until midnight when the government’s electronic benefits are deposited. Then they take their baby formula and groceries to the checkout counter.

Right now 43 million Americans are living in poverty (a 50-year high) and 18 million are on food stamps. It’s government spending that enables these people to survive and make a few needed purchases at Wal-Mart.

Americans’ old “borrow and spend” lifestyle is clearly a thing of the past. Meanwhile, an independent research firm that tracks Americans’ purchasing patterns concluded that federal stimulus dollars have failed to produce increases in either employment or household income/wealth. At present, only government spending is preventing further economic decline. Until consumers have the cash or confidence they need to start consuming again, recovery will remain illusory. (For more see www.consumerindexes.com).

Trend 3: We are saving more

A few short years ago, Americans had a negative savings rate. No more. People are saving more, which is one reason they are spending less. Some focus on paying down debt on their houses, credit cards or student loans. Others use savings to get out of debt. Either way, the results are the same. People are making changes in their lives so they have access to hard cash and are less burdened by debt.

How much is enough? Many people are changing their answers to this timeless question. I talk to many people who are reducing their budgeted spending and cutting back on their monthly withdrawals from their investment accounts. And when it comes to retirement planning, many clients are revising their estimates of how much they need each month to meet their lifestyle needs.

When budgeting alone doesn’t do the trick, people look for fixed cash income from other sources such as reverse mortgages and other “guaranteed” income streams, even if they wouldn’t have considered these methods during normal times. Neither high fees, embedded costs nor risky returns deter people who need cash ow now.

Most people I talk to see a mix of good things and bad things in our current economic climate.

On the plus side, many people are taking a fresh look at their assumptions about the good life and the American Dream. For 25 years, many consumers believed in keeping up with the Joneses.” Today, old attitudes about consumption are seen as excessive. This is especially true for members of the younger generation who are aggressively embracing the “less is more” approach.

But this approach has negatively impacted many industries and economic sectors that depended on the old patterns of consumption:

Can Government Go It Alone?

Right now, consumption is contracting at a faster rate than it did in 2008. The government is single- handedly trying to offset this contraction through a major expansion of spending and programs.

This sets up an interesting contrast. While many individuals seem prepared to hunker down and make some tough decisions in exchange for a brighter future, the government is aggressively pursuing a “borrow and spend” approach in an effort to stimulate the economy.

Debt and consumption are being encouraged. Zero percent interest rates on savings and low interest rates on CD’s and short-term bonds encourage investors to spend and to buy assets like stocks and real estate. Such transactions move money and generate tax revenue.

While government’s borrow-and-spend approach has worked in the past, a growing number of experts are wondering whether it will work today. The people I talk to are less willing to go into debt for purchases like cars and second homes and vacations. They need jobs to feel better about spending.

In the long run, we need sustainable ways to generate economic growth that don’t depend solely on consumer spending but encourage growth through innovation, job creation and increased industrial output.

If government spending does not bring about recovery, we face an additional risk. The US dollar is being badly devalued, which means national debt costs will remain at dangerous levels and our standard of living is in jeopardy.

As we have said in previous issues of Perspectives, government spending is inflationary. Spending at the levels we see now would normally cause inflation rates to rise dramatically. But so far, rates have continued to drop.

It is true that the government has declared the recession over. Yet on eleven occasions in September alone, the government performed an “open market operation” to inject liquidity into the financial system, pushing down the dollar while pushing up dollar denominated assets (stock market, food commodities, etc.).

Earlier we examined ve key economic trends. But trends don’t reveal the feelings people have about the economy and their lives. As I listen to what people are saying, I can hear fear, frustration, and anger, some of which fuels the anti-incumbent sentiments of the current election cycle.

While these feelings are understandable, there are some popular attitudes that worry me, for they seem to convey a defeatist and pessimistic outlook that hampers our personal or collective recovery. Here are some of the attitudes that seem most worrisome:

The collapse of the real estate bubble has led to an unprecedented number of foreclosures. But some people seem to be embracing the idea that government is encouraging people to adopt a “walk away” attitude toward their debts and obligations. The attitude is supported by government programs that provide banks with fresh newly minted money to offset the homeowners mailing in their keys. But widespread embrace of this attitude won’t be good for us in the long term.

Many people are attempting to modify or change their interest rates on mortgages. In many cases, these efforts are being met with extreme difficulty as banks have changed their standards, upped their down payment requirements, and demanded more documentation about buyers’ income to justify proposed contract changes.

A common bank response to someone looking for loan modification has been “skip the next three payments and call us back.” Unfortunately, those who are trying to meet their obligations, like the father at my children’s game, are finding it difficult to get relief.

Attitude 3: One step away from ruin

Somewhere along the way, many people found out (too late) that their debt levels and lifestyles were out of control. Banks were flexible and willing to lend when everything was going up. But then houses went from people’s “greatest investment” to their “ball and chain.” And for many Americans, a single unforeseen event (job loss, drop in retirement assets, company bankruptcy, hospital bill, etc) became the catalyst that could propel them toward financial ruin.

It’s as if one minute, people were in the driver’s seat, confidently driving toward their financial goals. The next minute, an unexpected pothole damaged the car’s alignment and caused it to head for a cliff.

People I know are doing whatever it takes to get back in the driver’s seat, regain control of their financial lives and chart a new course to their revised goals.

It’s a good time for each person, each family, each organization to carefully examine their cash needs, their sources of income, and their risks/exposures.

As part of this examination process, we recommend that people take the following specific steps:

We also want to remind you that no matter the economic conditions, there are worthwhile investment opportunities. Below is a partial list of possible opportunities and themes we are currently performing due diligence on and investing in:

Times remain tough, but we continue to seek ways to generate income and profit from our current rapidly evolving economic cycle.