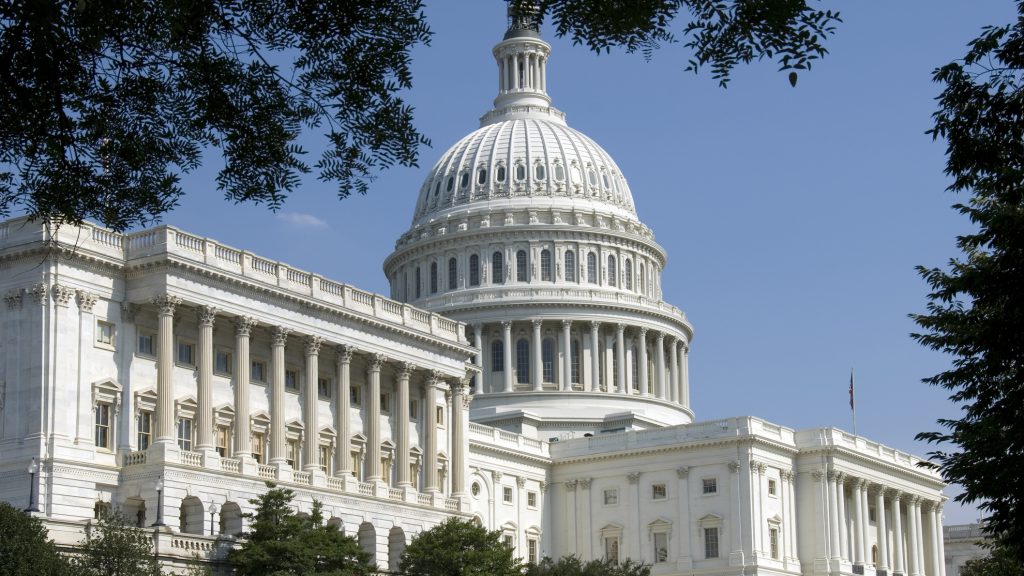 US stocks continued their march higher during 2017’s first quarter. The S&P 500 Index was up over 6%, while the Russell 2000 small cap Index was up over 2%. For most of the quarter, investors remained upbeat that a Donald Trump presidency would result in pro-growth policy changes, though doubts are mounting after a failed effort to reform U.S. healthcare in late March. Economic data – including employment reports and consumer confidence surveys – were generally strong during the first quarter.

The stock market’s first quarter was noteworthy not just for its persistent strength, but also for its lack of volatility. Not since 1967 (50 years ago!) have we experienced a quarter as calm as the past three months, in which the S&P 500 index’s daily moves averaged just 0.32%. The S&P 500 Index also set a new record for “consecutive trading days without a 1% intraday move” at 64; this streak was finally broken in late March. Lastly, the S&P 500 Volatility Index’s (VIX) average level last quarter was its lowest since the fourth quarter of 2006. This prolonged period of calm in the market should not breed complacency; a pullback would be a healthy reminder that stocks are not a riskless asset.

The sustained strength in the stock market and the economy provided sufficient cover for the US Federal Reserve to hike interest rates again in March – their second rate hike in 4 months. Investors were initially surprised when Federal Reserve members started signaling in February that they were prepared to hike again in March, but ultimately the market took the rate hike in stride. The Fed is currently signaling that they could raise rates twice more in 2017, and the Fed Fund futures market is giving a 50% probability of two more hikes occurring this year. The Federal Reserve will be data dependent, so whether we see more rate hikes (or not) will depend upon the strength of the economy.

While short-term yields rose in response to the Fed rate hike, longer-term yields did not rise, finishing the quarter slightly lower than where they started the year. This created a “flattening” of the yield curve, which some economists believe heightens the risk of an economic slowdown. Indeed, expectations for first quarter Gross Domestic Product (GDP) have been falling since the beginning of the year. The Atlanta Federal Reserve’s economic forecast model “GDPNow” is currently projecting that the US economy is on track to expand at just a 0.9% annualized pace in the first quarter.

The market’s recent advance is not rooted in the current economic growth numbers, which are anemic, but rather based on the expectation that Trump’s economic policy initiatives will fuel higher growth rates and corporate profits in the future. Confidence surveys polling both small and large business executives soared in the wake of the election and have remained high in 2017; most businesses indicated plans for increased hiring and capital expenditures as a result of the improved economic outlook. The business executives’ expectations were rooted in a belief that the Republican Party, now in control of the Presidency, the Senate, and the House of Representatives, would be successful in enacting a pro-business agenda.

Indeed, the Trump administration’s proposed combination of a corporate tax overhaul, repatriation of overseas profits and individual tax reform is an economically powerful set of policy tools. Add to this mix a $1 trillion-plus infrastructure spending plan, and you have a path for 3%+ economic growth, significantly higher than the 1-2% GDP growth figures we’ve been achieving since the financial crisis.

However, the Trump administration is not off to a good start in its effort to enact its economic agenda. The Trump administration did not lead with tax reform, instead choosing to start with an attempt to repeal and replace the Affordable Care Act. This legislative effort failed miserably. Its replacement bill, the AHCA, was so unpopular among voters and legislators that it did not even come up for a vote in Congress. Why did the Trump administration lead with healthcare, instead of starting with tax reform? The main reason is that they needed Federal revenue savings. The Trump Administration’s proposed healthcare replacement, the AHCA, was projected to save $337 billion over 10 years. Their plan was to use these savings as revenue to offset the costs of corporate tax cuts. While it is possible that Republicans will try again on a healthcare “repeal and replace”, it appears increasingly doubtful that they can count on these revenues.

The Trump administration’s failure on healthcare has significant implications for its ability to pass tax reform legislation. The problem is more than just the perception that they cannot successfully muster up the votes necessary to pass legislation. The problem is that they need the $337 billion in revenues from repealing the ACA. Tax reform passed through the budget process called reconciliation must be revenue neutral; it cannot add to the Federal deficit over a 10-year period, as mandated by the “Byrd Rule.” The other option is to make tax reform “zero sum” – cut taxes on some businesses while raising them on other businesses, but that option will raise as much opposition to the bill as it does supporters. 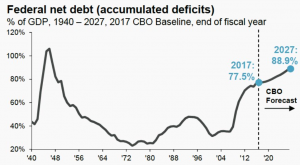 On the face of it, tax reform should be easier. That is, until you think more about why such bills seldom ever happen. Despite being a topic for many years under both GOP and Democratic administrations corporate tax “reform” – as opposed to the intermittent individual tax rate hikes and cuts over the years and one-o special interest corporate tax code changes – is much more complex. It cuts across regions, major employer industry groups, and a myriad of vested interests that cross par san lines. The more traditional partisan topic in individual tax discussions involved the so-called “rich” vs. middle class vs. the economically “poor” is hard enough on its own. But it gets serious when so many billions of earnings dollars and jobs are at stake.

The administration’s other proposal to generate revenues to offset corporate tax cuts is the Border Adjustment Tax (BAT). The basic framework for the BAT is that the US will tax imports on the way in and not tax exports on the way out. Presumably, that tax will be applied uniformly regardless of original domicile of production and at the final corporate tax rate. The Border Adjustment Tax concept faces serious opposition and is unlikely to get passed. Manufacturers with a global supplier chain and embedded infrastructure and contractual relationships with its supplier chain are not equipped to absorb this cost. The profitability of the manufacturing sector in this tepid recovery is dependent on years of cost rationalization and development of these lower cost supplier chains. Moreover, American consumers will be upset to learn that the cost of imported goods such as avocados and iPhones will rise by 20% due to this tax.

Lobbying action opposing the BAT is apparently fast and furious and cutting across a wide range of industries but led by retail and consumer-based industries dependent low-cost offshore suppliers. The biggest losers would have been retailers, but the damage to major US manufacturers was also going to be acute. As a result, the BAT does appear DOA, although the desperate need for revenue might lead Republicans to float the concept anyway, despite the opposition.

This puts the Trump administration’s tax reform agenda in serious jeopardy. Without additional revenue from both healthcare “repeal and replace” or a new Border Adjustment Tax, the Trump administration will have difficulty passing corporate tax cuts that are revenue neutral over 10 years. It is also unlikely that enough Republicans will abandon their anti-deficit position to support a corporate tax cut that would add to the federal deficit.

One issue the Administration could find broad appeal on is the repatriation of offshore cash. It is estimated that US corporations have more than $2.5 trillion in cash parked outside the US. Trump’s campaign proposal was for a one-time 10% tax for repatriation of foreign corporate profits, while House Republicans have called for a one-time 8.75% tax of accumulated foreign cash and 3.5% tax on reinvested earnings. The House Republican proposal is part of their plan to shift corporate taxation to a territorial system, which would apply taxes on goods where they are sold, not where they are made, thus li ing US corporations from paying US taxes on overseas sales and removing the incentive to leave cash outside the US in the future. The other side of this territorial tax system – taxing goods where they are sold, not where they are made – includes a Border Adjustment Tax to offset the cost. Thus another issue that seems like a layup – repatriation of offshore cash – is more complicated than it seems on the surface.

What does all of this uncertainty mean for our investments? We believe that – for now – investors should remain at a risk exposure in line with their appropriate investment allocations. The balance of risk is currently neutral in our view, but has shifted quickly during the first quarter from positive economic implications to a much lower level today. It is still possible that some of the Trump economic agenda will become a reality, and that we will see the US economy grow at a faster rate, generating higher corporate profits and a sustained market advance. However, the markets are discovering that initiatives that sounded so easy in the midst of an election – corporate tax cuts and infrastructure spending – are in reality, harder to enact. The US stock market has already priced in some optimism toward a pro-business agenda, so there is the risk that stock prices will pull back if nothing gets accomplished. It is also likely that renewed economic optimism and a climate of lower government regulation will be enough to support higher stock market prices. We intend to maintain a balanced approach in the second quarter, but will be closely monitoring the events unfolding in Washington, and take action as necessary.