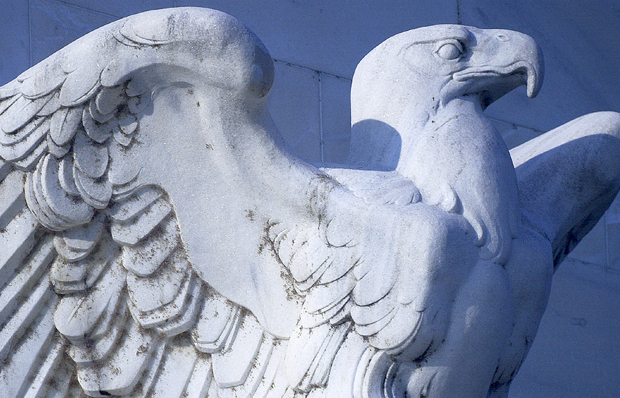 Through the first half of 2017, financial markets posted solid returns across the board. As of June 30, the S&P 500 Index was up over 8%, while the Russell 2000 Small-cap Index was up 5%. International markets, which underperformed the US markets for the past few years, have generated strong returns in 2017. The broadly followed EAFE Index, a stock market index that measures the equity market performance of developed markets outside of the US & Canada, surged over 13% to start the year.

Investors attribute the rally in the US and abroad to improving economies, stronger corporate earnings, and continued support from central banks. Europe in particular has been the beneficiary of stronger-than-expected economic conditions. A sentiment reading of Eurozone businesses and consumers released last month jumped to its highest level since before the financial crisis. In the US, solid earnings growth and rising business optimism have been central underpinnings of the stock market’s year to date performance.

The question for stock investors going forward is whether the strong first six months will give way to a choppier second half. High stock valuations and low volatility this year have prompted concerns that investor complacency is setting in. The S&P 500 now trades at about 18 times projected earnings over the next 12 months, which is near its highest level in 13 years. Given lofty valuation levels, and the fact that the Federal Reserve is pumping the brakes by tightening monetary policy, investors should perhaps keep expectations modest for the balance of the year.

The Federal Reserve raised its benchmark federal funds rate again in June, the third rate hike in the last three quarters. The recent rate hike lifted the federal funds rate to a range between 1% and 1.25%. Despite the Fed’s interest rate increases, longer-term interest rates have remained subdued. The 10-year Treasury bond currently yields 2.29%, up from recent low of 2.15% but below the 2.64% annual high set in March.

The more significant announcement from the Federal Reserve centered on its plans to start reducing the size of its balance sheet this year. In a document released at its June meeting, Fed officials outlined separate paths for shrinking Treasury bonds and mortgage-backed assets in its portfolio. Initially, the Fed would allow $6 billion of Treasury securities to roll off its balance sheet monthly as they mature. That amount would rise by $6 billion every three months over the course of year, at which point the central bank will be rolling off $30 billion in Treasury bonds each month. The Fed said it would reduce its mortgage-backed assets more slowly, at a rate of $4 billion a month, with the caps rising by $4 billion every three months until reaching $20 billion a month. The Fed did not give a specific date for when they would enact this plan, rather stating that the moves would begin later this year, “once normalization of the level of the federal-funds rate is well underway.”

Three rounds of asset purchases, known as quantitative easing or “QE”, swelled the Fed’s portfolio to $4.5 trillion in the years following the financial crisis. The Fed’s portfolio has been shrinking as a share of gross domestic product since 2014, when it stopped adding to its holdings but continued to reinvest the proceeds of maturing assets to maintain the portfolio’s size. Fed officials want the balance sheet winddown to run quietly in the background, meaning they are unlikely to adjust it from one meeting to the next barring a shock to the economy.

By clearly articulating their intentions, the Federal Reserve is attempting to avoid a repeat of the costly 2013 “taper tantrum,” when investor concerns over the Fed’s decision to slow down asset purchases triggered market turmoil, including a sharp increase in Treasury yields. At her press conference following the announcement, Federal Reserve chairwoman Janet Yellen stated: “The plan is one that is consciously intended to avoid creating market strains.” 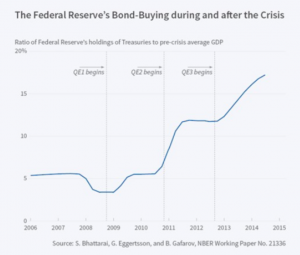 The Fed’s plan to allow some of their holdings to mature without reinvestment could cause long-term rates to rise, but markets haven’t shown a significant reaction so far. Perhaps long-term rates remain subdued because the Fed’s balance sheet reduction plan represents a relatively slow pace. The Fed is also indicating that its balance sheet will end up at a final size that is relatively large compared with its pre-crisis level. Officials opened the door to moving as soon as September on the portfolio when they said in their June policy statement the reduction plan could begin this year.

One potential complication for the Fed is if Congress fails to raise the US government’s borrowing limit by the Fed’s September meeting. Failure to act would likely cause increased market volatility, which would push the Fed to proceed more cautiously. Currently, it is estimated that the Treasury Department will deplete its cash reserves by early October. Fed officials could ready their portfolio runoff plan but set an effective start date that initiates it after any debt-limit standoff has been resolved.

Another complication is the uncertainty over who will head the Federal Reserve next year. Janet Yellen’s term as chair expires in February 2018, and President Donald Trump hasn’t indicated whether he would nominate her to a second term or replace her. Given this uncertainty, launching the balance-sheet reduction plan in September would afford Yellen an opportunity to initiate it well ahead of any potential leadership transition.

While there are many moving parts and potential diversions, we do expect that the Federal Reserve will not hike again in September and will instead focus on enacting its balance sheet reduction plan. Once in place, the Fed will likely hold off further rate hikes, opting instead to wait and see how their balance sheet reduction plan is affecting markets. This will likely cause the yield curve to “steepen”–longer-term rates should rise while short-term rates remain anchored. This would represent a more attractive investment opportunity for fixed income investors; in the meantime, caution is advised as we enter uncharted waters.