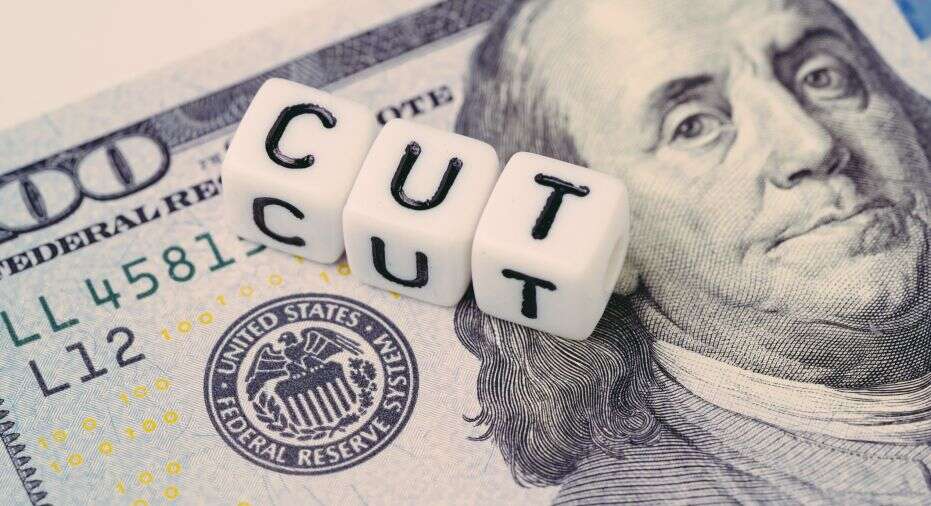 Q2 2019: Why is the Fed Considering Cutting Rates?

Provide a long time market watcher with data including GDP at +3.1% and Unemployment at 3.7% and that wizened historian might say that the Fed should be concerned with inflation arising from an economy operating at full employment. And if inflation is tame, then perhaps the Fed could pause, sit on the sidelines with regard to rates, build models and regulate banks.

So then why is the Fed talking about cutting rates?

Here are some of the opinions I have read/heard recently:

Let’s use this opportunity to go back nine months and set the scene. Last fall, the economy could be characterized as healthy and strong (much like it is today). The words and actions of the Federal Reserve last September provided evidence that the smartest bankers in the country agreed with this statement. Stock returns also suggested that the economy was growing and conditions were (very) favorable for US companies.

The Fed acted. Raising rates to 2.25% on Sept. 27th, 2018. Fed Chair Powell described an economy that exhibited “strong readings” including an unemployment rate near 50 year lows. The stock market responded by falling more than 10% over the next 30 days. A rate of 2.25% is still relatively low by historical standards but it was the language and perceived Fed stance that worried investors. The Fed followed up with another rate hike to 2.50% on Dec. 19th. By the end of the decline, the stock market had fallen roughly 20% in a single quarter. Then the Fed suddenly changed their narrative.

Once the Fed changed its tune, stated their collective desire to support the economy and react quickly, the stock market recovered. The Fed narrative over the last six months looks like this:

The results for stock and bond investments have been remarkable. Each shift in the Fed narrative has corresponded to higher asset valuations. Now here we are in July 2019, with a stock market at all-time highs, new construction on every other street corner, full restaurants, new cars and packed airports. Anecdotally, the economy seems to be churning along with full employment (by economic standards) and tame inflation.

Brief Background on the Fed: The “Fed,” is officially the Federal Open Market Committee (FOMC) of the Federal Reserve System. Twelve total members, with seven members serving as the Board of Governors. The Fed Chair is currently Jerome Powell.

These members meet eight times a year. They have three main tools at their disposal. Open market operations, discount rate and reserve requirements. To oversimplify these tools, the Fed can buy or sell securities to control and move interest rates, they can set the short-term discount rate which is the rate charged to commercial banks on loans they receive from the Fed, and they can set the amount of funds that institutions must hold in reserve for certain liabilities. This is collectively known as monetary policy.

With the ability to move lending rates and use open market transactions to control those rates and to force borrowers to hold reserves, it is clear why the Fed is considered by some to be the most powerful force in finance. Along with their major counterparts, the European Central Bank, The Bank of Japan, the Bank of England and the People’s Bank of China, the central banks constitute the ultimate power to regulate and set interest rate policy.

What has changed? It’s hard to believe the economy has weakened. Or that inflation is less concerning. The Fed timing is certainly curious. They met, decided to raise rates and Chair Powell tells the market they are responding to a strong economy. Stocks plunged, the President Tweeted, the narrative turned, suggesting the Fed will be to blame if stocks fall and a recession starts. Fed members respond with speeches and testimony saying they will be vigilant to react to economic weakness.

Is talk cheap? The old adage would suggest that we should focus on the fact that the Fed has not changed the discount rate. For all their change in words and language, the rate still stands at 2.50% today; same as last December. But given the reaction by the stock market and the bond market, talk is not cheap. It is everything!

Is this good for investments? Absolutely. As long as the Fed narrative remains accommodative, asset valuations can continue posting gains.

While I don’t have the space or time in this commentary to fully address each of these problems, I believe they are somewhat related to the main question.

Let’s use a typical high credit quality consumer as an example. Let’s say that Brad has the highest possible credit score and wants to borrow funds. In a normal market, Brad should be able to get the best (lowest) possible interest rate. His rate should normally be lower if he chooses a shorter repayment period.

But in today’s market, the strongest (sovereign) creditor does not get the lowest borrowing rate. And the consumer who is willing to take on interest rate risk, does not get rewarded with lower rates.

Why do I believe this is linked to the Fed’s narrative on interest rates? Because I believe that central bankers are working in a relative world on a global scale that is linked to currency exchange rates.

Some of the best creditor nations in the Euro Zone include Germany and France, as well as Japan in Asia.

Two main observations for us to ponder:

1. The U.S. rate is roughly the same as Greece (who you may recall is basically bankrupt and being bailed out on a rolling basis).

Contemplate negative rates. I won’t go deep into this topic again (I wrote an entire commentary on negative rates a few years back). Put simply, negative rates distort all manner of traditional economic relationships and realities. Just the idea of a zero or negative interest rate mortgage should cause our heads to spin.

But here’s the main thing. On an absolute basis, 2.1% is low historically, but perhaps not low on a relative basis. If the Fed is willing to discuss cutting rates while an economy grows at a nice pace, with tame inflation and a fully employed workforce, then what might the Fed do when the economy slows down or is impacted by a sudden external shock? What if the Fed is monitoring and reacting to stock prices? Does the Fed actually care about what is being said from the White House?

I believe that the Fed can, and will, at some time in the next cycle, use negative interest rates as part of their reaction to economic weakness. And that we may see the US 10 year rate trade much like Germany, France and Japan.

It’s not a guarantee. The Fed may use open market operations and ease reserve conditions instead. But there is a reasonable chance that long term rates, although currently low, could go much lower in the future. How far into the future? My best guess is not before 2021 and more likely by 2025.

Summary and Portfolio Implications For my long time readers, you will recognize the next bit of advice. It is my playbook for all risk/reward activities. Look for opportunities with significant upside and then size the position so that the risk is commensurate with the portfolio objectives (your risk tolerance).

In this case, the risk is that rates move higher. The reward comes from rising bond prices due to long term rates falling to zero or below zero over time.

Up until very recently, the conventional action was to own short term bonds and reduce our exposure to rising rates. After all, the economy has been performing well and we are at “full” employment which has historically been a recipe for inflation and rising rates. But now we are faced with a very different Fed and/or a very different set of circumstances.

Can we really afford to own long term bonds and capture large returns if rates fall? Absolutely. The key is position size. Just as with digital assets or real estate development or stock purchases, if the opportunity (reward) is large enough, then own enough for it to make a positive difference in the portfolio, but not so much that it alters the long term outcome if the trade is wrong.

In our construction of portfolios, we look at security selection as the allocation of risk capital (the amount of money we can afford to lose in the short run if markets suddenly turn sour). Every person’s risk capital is unique to them, and we construct portfolios accordingly. In this instance, we would deploy a barbell approach, where we would allocate much of the fixed income allocation to the very short-term where rates are reasonable and risk is very low and then allocate a smaller portion to long-term bonds seeking larger total returns if rates continue to drop. With a flat / inverted yield curve, there is no point in allocating any of the portfolio to intermediate term bonds.

As discussed in our previous commentary, equity (growth) allocations should include some exposure to digital assets as that asset class emerges. Exposure to the emergence of a new asset class (digital assets) and to potentially historic interest rate declines (long-term bonds) are two of the best reward-to-risk ratios available in today’s investment markets.

For most investors, both of these opportunities should be considered as “seasonings” within the larger context of the portfolio. The portfolio in aggregate should always reflect the investor’s appropriate risk level. By allocating small portions of the portfolio to trades with very large potential upsides, we gain the chance to significantly improve portfolio returns without adding to total risk.