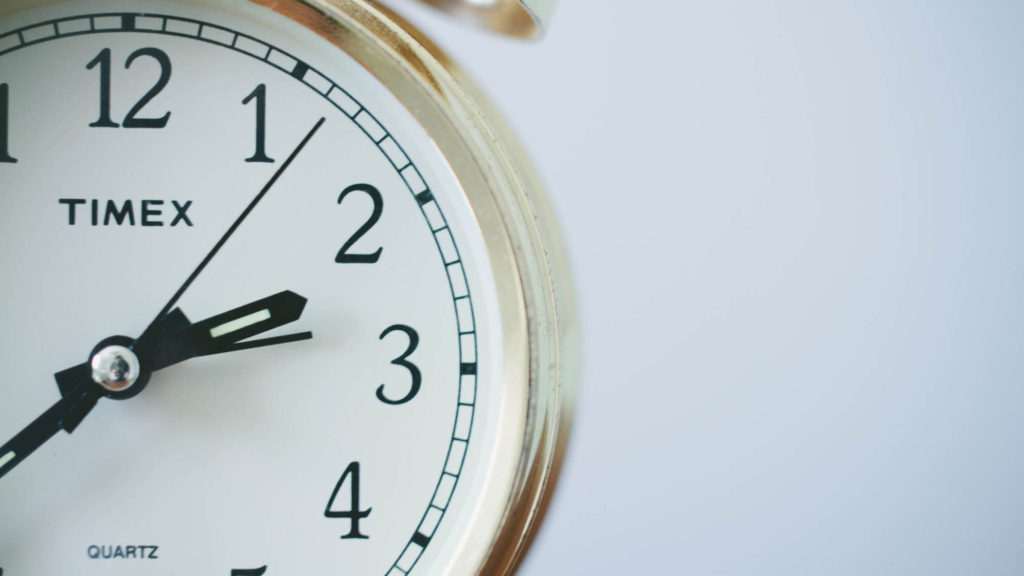 Overview
Between 17,000,000 and 20,000,000 Americans lost jobs in the past month. The exact number is unknown because State unemployment offices have been overwhelmed by the volume of applications. Roughly 30% of US economic output is under some version of lockdown or closure. Across the country, millions of Americans are seeking help from food banks (NY Times), taxing a system that is not prepared to serve so many. In long lines, sometimes all night, sick people wait to be tested in drive-through test sites and unemployed workers in some states have not yet received checks.

The implications of the Covid-19 virus and the shelter-in-place policies to fight it are likely to be significant in both human and economic terms. Hopefully, the shelter-in-place policies that are inherently negative for the economy prove to be much more positive for health and human life. A relatively brief economic hiatus can be overcome without significant damage. But an extension into late May or a resurgence of the virus in the fall would have more severe economic and humanitarian consequences.

Where We Are Now
Major market crashes often coincide with (or cause) major turning points in economic cycles. There is a “before” and then a distinctly different “after.” A sudden stop in economic activity can cause more severe shocks than a gradual slowdown in a more typical recession. The faster a shock arrives, the less time to adjust supply chains and gain access to capital. When entire sectors shut down, it can create illiquidity in capital markets and strain supply lines.

The speed of the current decline has Federal and State governments racing to provide humanitarian and financial assistance. To date, Federal financial assistance programs are much further along than humanitarian actions. In terms of financial relief, the government has come together in an historic way. First in size, with a massive stimulus and funding campaign, and second in speed, passing the CARES Act and allocating money in a matter of days. History will judge the results later. For now, the speed and size of the response by the Federal government has already achieved market stabilization and has added liquidity in support of asset prices and funding for businesses and citizens. But humanitarian aid must come quickly.

A Look Ahead
An economic recovery is predicated on a two-faceted stabilization: liquidity (money supply) and consumption (demand). Financial assistance programs are already solving the liquidity problem. Markets are functioning properly and asset prices have rebounded. However, for asset prices to remain stable and move sustainably higher, demand (consumption) will need to rebound. Demand will be restored when consumers regain the confidence to move around freely without a high risk of getting sick and regain lost jobs.
To this end, the Covid-19 response will unfold in several stages and be tackled on both economic and

Stage One—Shutdowns, Stopgaps & Stimulus (Limiting the Damage)
Social distancing, shelter-in-place, and Federal government actions are all working to limit the damage. Asset prices have already recovered a large measure of the sizable March losses as a result of direct purchasing by the central bank. This should not be underestimated. Each time the Federal Reserve has stepped in and become a buyer, asset prices have responded by rising. At the time of this writing, the total government planned intervention stands at $12 trillion.
The graphic below offers a visual representation of asset price movements as related to Fed actions. It was made a week earlier than this commentary, and “only” shows $10 trillion in fiscal and monetary policy stimulus.

By the end of the crisis response, government activities may be far more than $12 trillion in total. Based on public remarks by Fed Chair Powell and Treasury Secretary Mnuchin, the government intends to provide whatever money is necessary. The Treasury already possesses the ability to place more taxpayer money into a newly created “special purpose vehicle” (SPV) that the Fed can leverage into several trillion of additional investments. Additionally, Congress and the White House may push for a massive new infrastructure bill in response to jobs and to stimulate the economy (A New, New Deal?). If ever there was a time to haul out the old Wall Street saying, “Don’t Fight the Fed” it would be now, during the largest program in history. For traders, this places an explicit floor under asset prices and urges capital to flow back into markets alongside the central bank.

Stage Two—Rolling Opening of the US Economy (Assessing the Damage)
Stage Two is the removal of restrictions and a return to an open economy. By this stage, businesses are expected to have the loans necessary to hire back and retain employees, pay rent and utilities, and run their businesses. Many of the newly laid off or unemployed will no doubt regain their jobs. But many others will not. Morgan Stanley estimates that the unemployment rate will come DOWN to 9% after skyrocketing up toward 15%.

For historical context, the 2007-09 global financial unfolded over several months and took another 5 months to bottom out after a “Stage One-style” stimulus was enacted. Back in 2008, freshly minted college grads moved back home. This time, entire family generations are moving in with parents. Back then, a financial crisis was met with a financial cure. This time, 20 million or more Americans have lost jobs, and thousands of families across the country are standing in lines at food banks and pawn shops. This economic stoppage and health pandemic is an order of magnitude larger than the 2008 financial crisis. And unlike 2008, this crisis cannot be solved by money alone.

It is during Stage Two that confidence will need to be restored as quickly as possible. Stage Two is the “make or break” time frame that will determine the length and depth of the recession. Stage Two is when we will learn more about the state of the economy, small businesses, workers and family welfare. Stage Two is when we need millions of tests available as American citizens adapt to some new realities, including the wearing of masks and practicing social distancing. Much of the government support for workers and families and small business owners will help cover for the four-month period between March and June. If the virus is not reasonably contained, or if the economic recovery is slower and lower than anticipated, then Stage Three could test the limits of current monetary policy.

Stage Three—Post-Crisis / Pre-Cure (Finding a Vaccine)
As the race to a vaccine continues, American businesses armed with new debt capital will respond to new conditions and work to rebuild lost or deferred revenues. As of now, it is this stage that is most uncertain and most unknown. No one knows how many small businesses will come back online or how many jobs will be lost, not just furloughed. No one knows how small business owners or workers will use the new funds. Will the funds be spent as expected or used in other ways? This will be the most uncertain time. And during this uncertain time, the US will be experiencing a very contentious and potentially deeply divisive election season.

Stage Four—Post-Cure (Renewed Economic Expansion)
Once a vaccine is developed and produced in mass volume, Covid-19 will be regarded as many other coronaviruses, including the seasonal flu, as a “manageable” illness that occasionally reduces workforce productivity. Since Stage Three is still completely unknown, commenting on a renewed expansion is fraught with danger. However, looking further ahead, it is quite likely that by 2022, with the economy fully back on track and a favorable trend change in demographic spending (millennials reaching peak spending years), the US economy is likely to once again operate at all-time high levels.

Over the next several years, asset prices (“Wall Street”) and the economic reality for the average American (“Main Street”) may diverge. Government actions will determine the size of the divergence between upper and lower socioeconomic classes. Far more needs to be done, especially in humanitarian aid and the creation of new jobs.

Investment Summary
We are currently in an environment of enormous extremes and consequence. Much is completely unknowable. Short term outcomes for asset prices may vary widely. The massive government intervention being rapidly rolled out suggests support of many asset classes, including the outright “socialization” of risk and even going so far as to support “zombie corporations” and junk debt. The “unlimited” funding and the idea that no entity can be allowed to fail are strong emotional inputs for traders and investors.

However, this crisis is a health crisis. Significant progress needs to be made in testing, PPE, vaccine research and humanitarian efforts (what I am collectively calling the “confidence cure”). The summer and fall of 2020 could be the most extreme volatility season in recent memory. Even beyond the unknowns of the virus, and the massive unemployment crisis, there will a contentious election cycle, ongoing conflicts with the Chinese Communist Party and the very severe economic realities facing the European Union, which did not heal their banks in the same manner as the US in the post-2009 period. All of this is known to investors and to the government, and perhaps the reason for the unmatched enormity of the monetary stimulus goes beyond the virus, extending to these other global risks that face investors in 2020. If the Fed and Treasury have supplied enough stimulus, and if it reaches the right people at the right time, then asset prices may finish in the much hoped for “V-shaped” recovery. Policy errors or delays, misallocation of resources, or a prolonged viral outbreak would all significantly affect a vulnerable economy and cause asset prices to be more volatile.

Perhaps the most prudent summation is to recommend that investors reserve enough capital for 12-15 months of basic spending and maintain the rest in a long-term allocations. US demographics, along with innovation, entrepreneurial spirit and government fiscal spending (Another “New Deal”?), is likely to begin a new expansionary era by or before 2022. If that is true, then the potential to buy undervalued growth assets will be between the current period and the first half of 2021. For most investors, a rules-based strategy is the best course of action, whereby purchases of assets are made during declines and sells (trimming back exposures) occur during major rallies. This strategy is easiest to follow if near term needs are met either through reliable income sources or liquid, “safety” allocations that are set apart from the long term investment portfolio.

The ultimate achievement of a lifelong goal cannot be realized in a single year. We do not need “heroics” during the portfolio declines in 2020. We need to be steady, with reserves, ready for opportunity as uncertainty abates and confidence grows. We must set aside our fear of missing out on rallies and control our angst when prices decline. The probability of investment regret in 2020 is high. This is always true in periods of enormous volatility and wildly diverse potential outcomes. But our success lies beyond 2020. It is a time to stay the course and it is a perfect time to be a hero in our communities and to reach out and support those around us.

Stay safe. Be encouraged. Identify the things that truly matter in life.